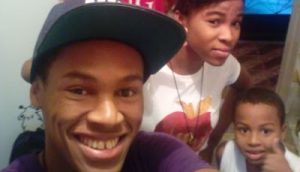 Davi grew up in the Casa do Caminho orphanage in Xerem near Rio de Janeiro. Casa do Caminho has been supported for years by the Avante Educação Brasil foundation. In 2014, Davi spent a year with the Dany and Carla Pirson in Genhout in Beek Nederland. That stay was co-financed by the foundation. For an interview with Davi on the Dutch TV

Davi then went on to study electrical engineering in Rio de Janeiro.
It is also very special that Davi has been assigned custody for his brothers and sisters. Tiago, Luciana, Luciano and Vitor. They now live with him in an apartment in Rio.
Davi and his brothers and sisters are very grateful to the donors of the foundation for the opportunities they offer them.